Get to know the Strata committee members roles and responsibilities.

[av_dropcap2 color=”default” custom_bg=”#444444″]![/av_dropcap2]Being elected to a Strata Committee (SC) can be an actually life-changing decision so owners should ensure that they know and make sure that they become fully prepared for what’s involved.

Under the NSW Strata Schemes Management Act 2015 the chairperson, secretary and treasurer have certain functions, some of which are listed below:

What sort of person would make a good chairperson?

What sort of person would make a good Secretary?

What sort of person would make a good Treasurer?

Being elected to a Strata Committee (SC) can be an actually life-changing decision so owners should ensure that they know and make sure that they become fully prepared for what’s involved.

It is the duty of each member of a strata committee of an owners corporation to carry out his or her functions for the benefit, so far as practicable, of the owners corporation and with due care and diligence in accordance with section 37 SSMA.

Being a member of the strata committee is no longer just turning up for an occasional meeting or just approval quotes.  It’s not a decision that can be made lightly especially if your scheme has chosen a raft of issues that it could be facing.  These days strata meetings take a vast amount of time, effort and responsibility considering the ‘highly-legislated’ days we live in and the amount of legislation and regulations that now pertain to an Owners Corporation.

For some owners corporation’s being an Strata Committee  member means fronting hostile meetings with screaming, constant verbal abuse or even threats of assault.   Members are there to make decisions that are for the benefit of the owners corporation and not individuals.  Thereby passing difficult motions like,  one of the Owners  needs to be sued as they are unable to pay their levies even though it WILL create even more financial hardship on that owner,  or that why dose it take so long to get things fixed ( its been 24 hours) .

At the very least the meetings may be quite lengthy, there may be many controversial decisions, there’s no pay for the untold hours you’ve spent in the job not to mention the odd uncomfortable moment when you cross paths with someone who detests having to pay the capital works fund levies or with the owner who hates the colour the building was painted.  In an instant you, as a committee member, can become the target for everything that owners don’t like.

A vast amount of the owners corporation’s duties can only be undertaken either by the Strata Committee or the Strata Managing Agent – See section 13 of SSMA 2015.

The Owners Corporation must elect a strata committee, if no nominations are made or if no owners are elected then the only alternative is that the Strata Manager is a appointed in accordance with section 237 of SSMA 2015 and under an Order from the NSW Civil and Administrative Tribunal ( NCAT).

Be careful – Wrong jurisdiction means you can win, but still loose 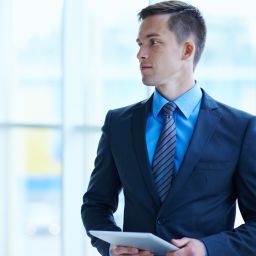 Due to the recent events, It is advised that Strata Buildings review their own procedures and own properties.  The Department…

Over 1,000 owners in strata were asked if to their knowledge have any of the above defects ever been present… 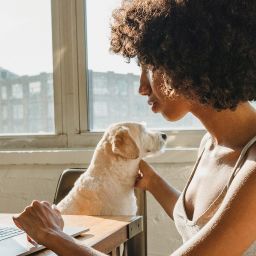 Like most of you, we also love having a loyal companion by our side when we are at home. However,…

Painting of a balcony ceiling – This is considered Common Property and therefore Owners Corporation costs. Security doors or flyscreens…